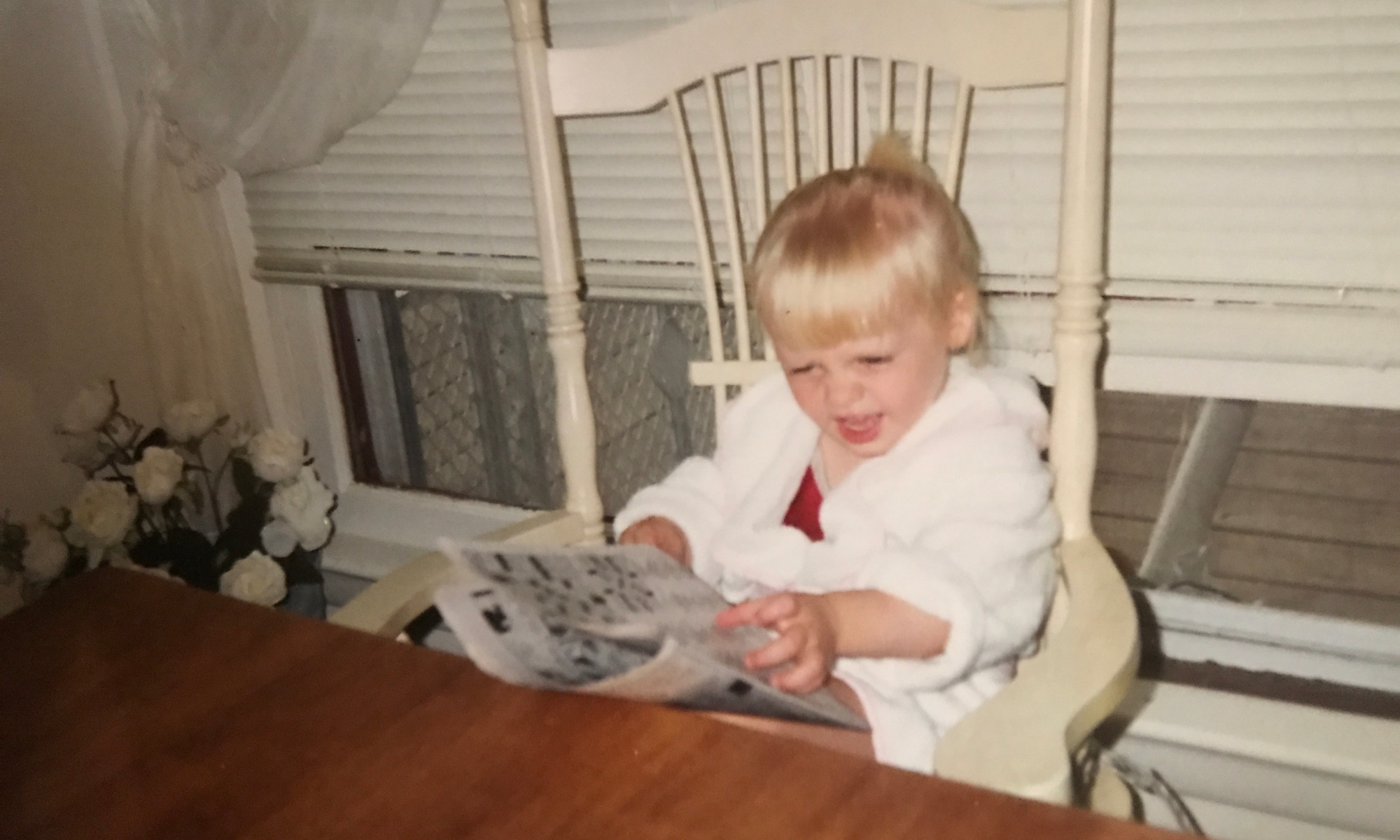 Failure is a part of life. Sometimes we experience major failure that we learn from and it ends up defining serious aspects of our lives. Other times we experience failure that is comedic relief for our future selves that we look back on and think “what the …”. For me, I feel like I have experienced an excessive amount of awkward and unnecessary failures from the second I was born. I was just destined for this life. Since we are all collectively experiencing a major failure across the world that is detrimentally impacting so many people, I have decided to share some of my lighthearted failures to lighten the mood. Yes, I have the power to relieve everyone across the globe from pandemic stress by revealing embarrassing stories of myself that will have absolutely no meaning to anyone else. Here is a timeline of just a few of my minor failures which at the time were really shitty and now just a little less shitty because I can laugh at them.

A long, long, time ago I decided to start my journey of failure. I felt three was an appropriate age to get to work on this, so I began. I had a pet dog, his name was actually Guinness (same name as my dog now, I don’t know why my family keeps renaming our dogs that). Anyway, he was a little fella. I don’t remember much about him since I was only three, I just remember him being short of some sort. For some reason, I loved to terrorize him by sitting on him as if he were a horse. He did not like this at all. Guinness literally tried to run away every single day because of me. But I didn’t stop because apparently, I did not care. One final day he was just gone. Now, I can’t get a straight story about what actually happened to him. Either he finally successfully ran far away from an evil three-year-old or my parents decided to give him to a different loving family where he wouldn’t hate his life. Either way, I am the reason my first dog left and this was the beginning of a long life of failing.

In elementary school I experienced many stupidly awkward things. From picking up ant traps in the hallway thinking they were pencil sharpeners??? To mistaking my fourth-grade classmate for a teacher. Was I an idiot? However, there is one that has stuck with me. That was performing in the fifth-grade lip sync. You see, I was on a high from the fourth-grade lip sync where I won first place and I just let it get to my head. The fifth-grade lip sync was a disaster, at my own fault. I decided I would perform “Metamorphosis” from my favorite Hillary Duff album. This Hillary Duff album was my prized possession and I just had to do a song from this album. So here we are, the night of the show. I hand my CD to the DJ (a high school student working this shitshow lip sync for community service) and I hit the stage. I totally flopped. My performance was a complete embarrassment in front of about 300 people. A true fall from grace. I was so upset with myself I forgot to grab my Hillary Duff CD from the DJ. The next day I came back begging for it and it was apparently “gone”. I never bought that; how did it just disappear? This one is a daunting failure of mine.

I’m skipping the middle school era because that was just awkward for everyone, no matter who you are. Moving on to sophomore year , I kind of went through it. That year sucked. Mainly, because I was not treated with dignity by my older classmates. I remember one history class I raised my hand to talk and a senior girl turned around and called me a “fuckin idiot”. Like, what??? She was a senior in a sophomore history class and I was the idiot? Although I could have countered with many comebacks, I was scared so I just cried instead.

Due to this, I was terrified to present in this class. I already have a major problem with public speaking, so this just made it worse. I remember I had to do a presentation about the Freedom Riders in front of the whole class. I got up to the podium and got about four sentences out then I froze. Just not speaking, standing there. It was so awkward that my nicer classmates decided to chant to boost my confidence. There I was, standing there getting cheered on by my classmates pleading I finish this presentation about the Freedom Riders, while in the back of my head I just kept hearing “fuckin idiot” from my previous slandering. I didn’t finish the presentation. Wasted cheers from classmates and possible confirmation that it was not a lie, I indeed was a fuckin idiot.

I came a long way and was nearing my high school graduation. I played sports, so on the last few nights of high school we had our senior sports banquet. Our school was extremely small, so for each sport the coach would call up the seniors who played and share a nice few word about them in front of everyone in attendance. When it was time for the girls’ basketball team to be honored, our coach called all four of us seniors up in front. There we were, me and my three friends standing in front of all the other sports players and their families. My coach begins down the line of each player, pointing out each one’s strong suits and what they contributed to the team. I was last, so I politely waited my turn and clapped for my friends when they got complimented. Finally, my coach gets to me. This is what she says, and I quote:

“What can I say about Emily? At least she always tried her hardest”.

Listen, I was aware basketball wasn’t my strong suit. But holy shit that was embarrassing. I also really wasn’t that bad either, she just disliked me for no reason. Yet for some reason I loved her. It was a toxic relationship. For example, she would throw a basketball at me when I wasn’t looking and then the next day I’d go to her office to gift her with my class picture just for her to throw it away the second I left the room. I also named her as my favorite educator in the yearbook which is… awkward? We had issues.

Anyway, later that night I won athlete of the year so the joke was on her. And I was definitely awarded for softball, not basketball, but still she didn’t have to roast me like that.

I’ll keep this short. I somehow came in contact with an actual stalker my first week of college. My luck. He followed me to all my classes, stood at the doors while I was literally learning, and made a million Facebooks to keep friend requesting me. His Facebook statuses were extremely vulgar and I had to go to the campus police where I found out he did this to many women. Why was he not kicked out of school? I had to change my whole schedule my first semester of school. I failed at avoiding stalkers on the first week of class and I feel like I should have known better.

See, failures can be funny if you don’t mind being the butt of the entire joke. Sometimes we just need to laugh at ourselves because in reality it is inevitable to avoid failing at some things. These obviously weren’t life changing failures for me, those are far worse that not even a therapist should have to be subjected to. Point is, we learn from our failures and one day we’ll wake up and say “Hey, I shouldn’t sit on dogs”. Now I know. Thank you, failure.